Racism Against Other Minorities 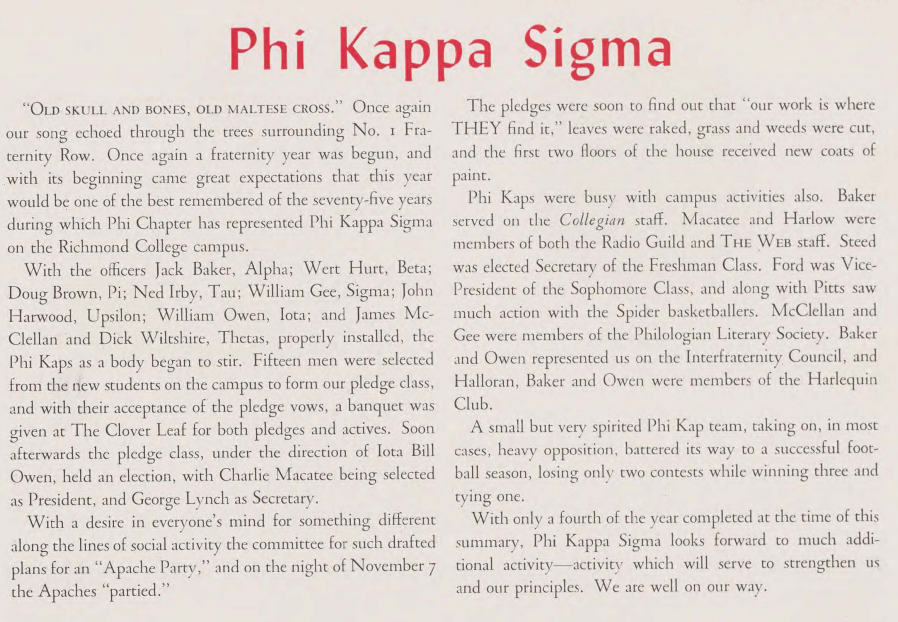 This text from the Phi Kappa Sigma spread in The Web 1948 describes an "Apache Party"—"With a desire in everyone's mind for something different along the lines of social activity the [Phi Kappa Sigma fraternity] committee for such drafted plans for an 'Apache Party,' and on the night of November 7 the Apaches 'partied.'" The Apache is a catch-all term for culturally related Indigenous tribes in the Southwest United States. 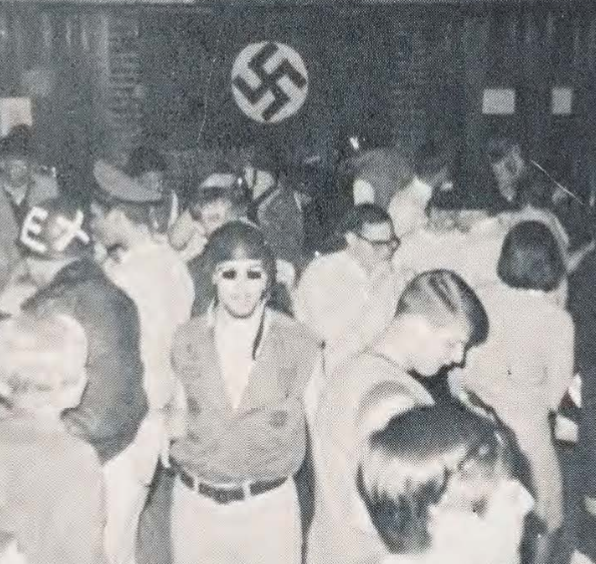 This photo from the Pi Kappa Alpha spread in The Web 1968 features a fraternity social with a large swastika flag in the background. 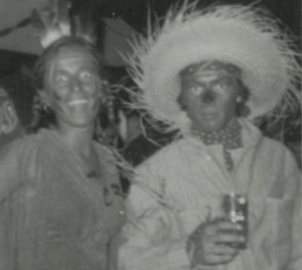 This photo from the Kappa Sigma spread in The Web 1980 features two students who have darkened their faces with makeup, with the student on the left dressed as a Native American with a feather headpiece and face paint. 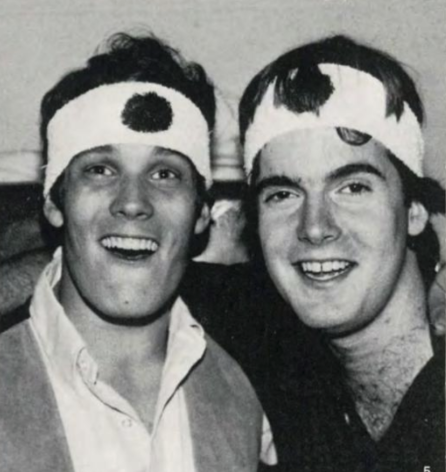