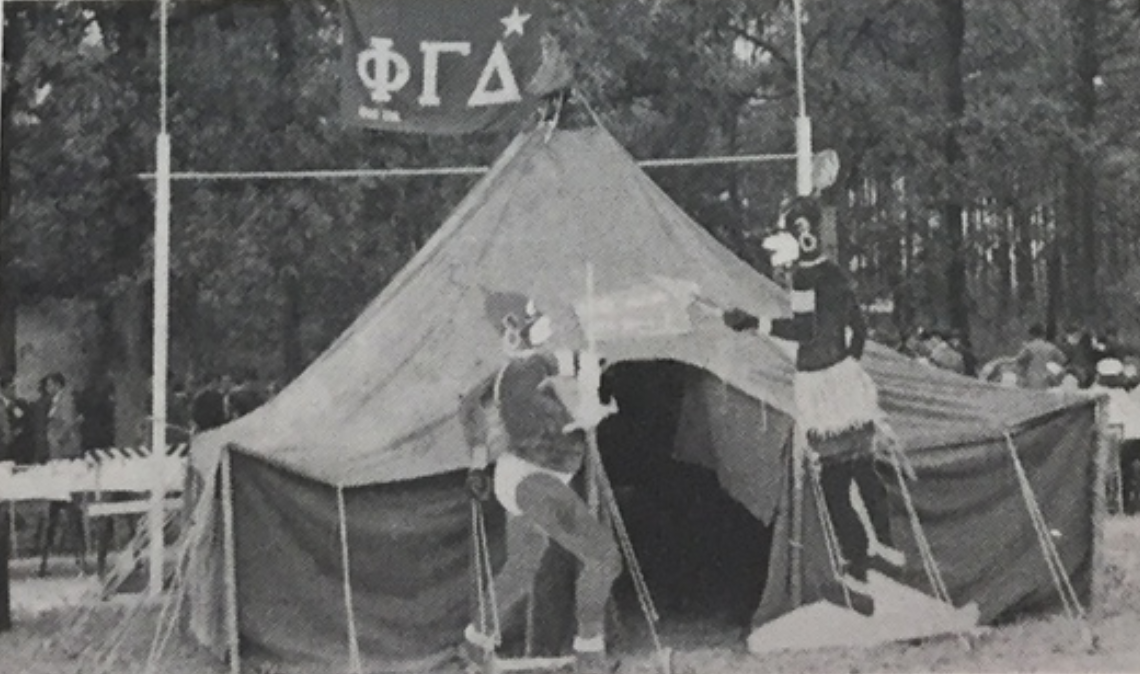 This photo from the Phi Gamma Delta spread in The Web 1947 features two life-size, extremely caricatured African cut-out figures outside of a tent. The caption reads,"Dr. Livingstone, I presume," referring to Henry Morton Stanley's famous words when he discovered Dr. Livingstone, a Scottish medical missionary doctor and explorer who was presumed to be lost somewhere in Africa. Although a proponent of European colonialism, Dr. Livingstone also was a staunch abolitionist. 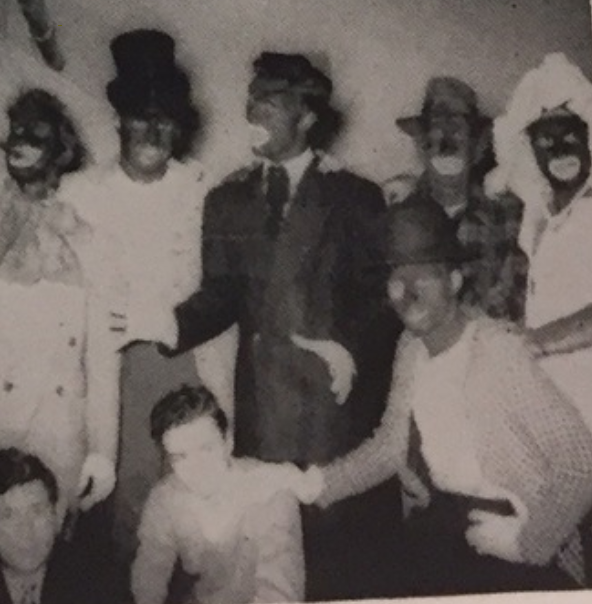 This photo from the Phi Alpha spread in The Web 1948 features fraternity members in blackface. 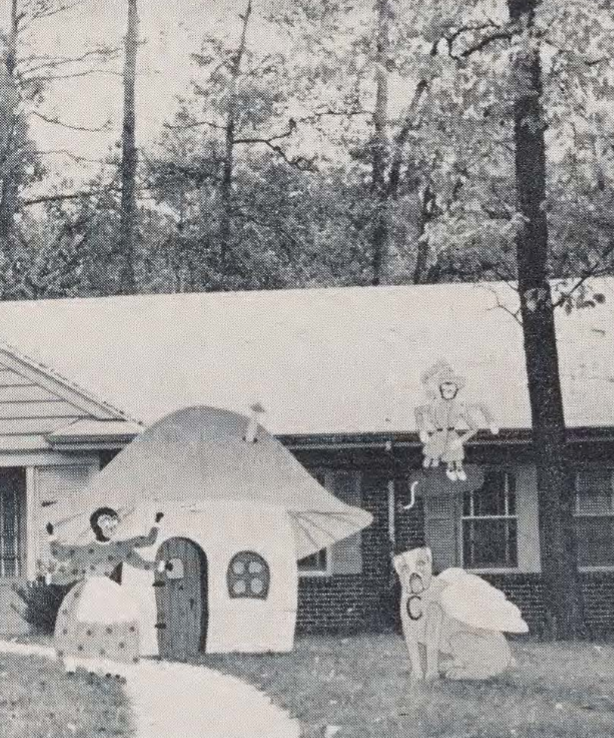 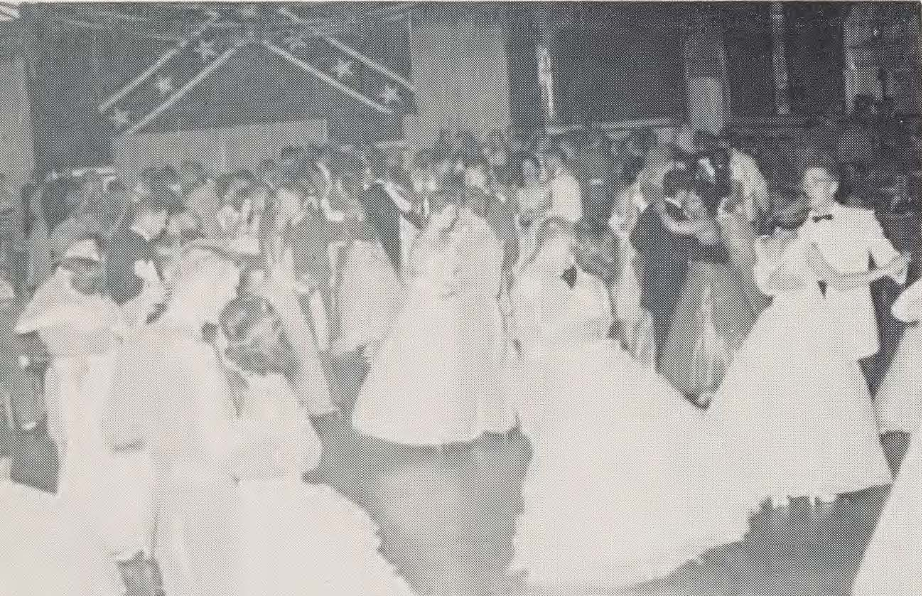 This photo from the Kappa Alpha spread in The Web 1960 features a group of students dancing at a Kappa Alpha fraternity social. A large Confederate flag hangs in the background.

This text from the Kappa Alpha spread in The Web 1961 explains that the fraternity was created at Washington and Lee University in 1865, and that it is the "only national fraternity which bases its principles upon the life of an actual person—Robert E. Lee." The fraternity "is Southern in the significant sense that its essential teaching is that its members shall cherish the ideal of the Gentleman, of which Robert E. Lee is the perfect expression." Social highlights of the year included the "Share Cropper's Stomp" and "Old South Ball." Kappa Alpha spreads in yearbooks from the 1960s, '70s, and '80s frequently exhibit Lost Cause ideology.